Los Angeles Angels’ two-way superstar Shohei Ohtani is only 27-years-old, but his skill and accomplishments are so great he already receives comparisons to one of MLB’s all-time greatest players, Babe Ruth.

While Ruth is most notably known for his power as he crushed 714 home runs across his career, the Boston Red Sox and New York Yankees star was also a great talent on the mound with a 2.28 ERA in more than 1,200 innings, which is the main reason Ohtani is often compared to the Great Bambino.

Because of the lofty comparisons, FOCO released a limited edition Ohtani and Ruth dual bobblehead to celebrate the link between baseball’s present and history with two of the most talented players the game has ever seen.

The dual bobblehead is limited to just 421 and each piece is individually numbered. They are only available from FOCO’s website while supplies last and retail for $90. 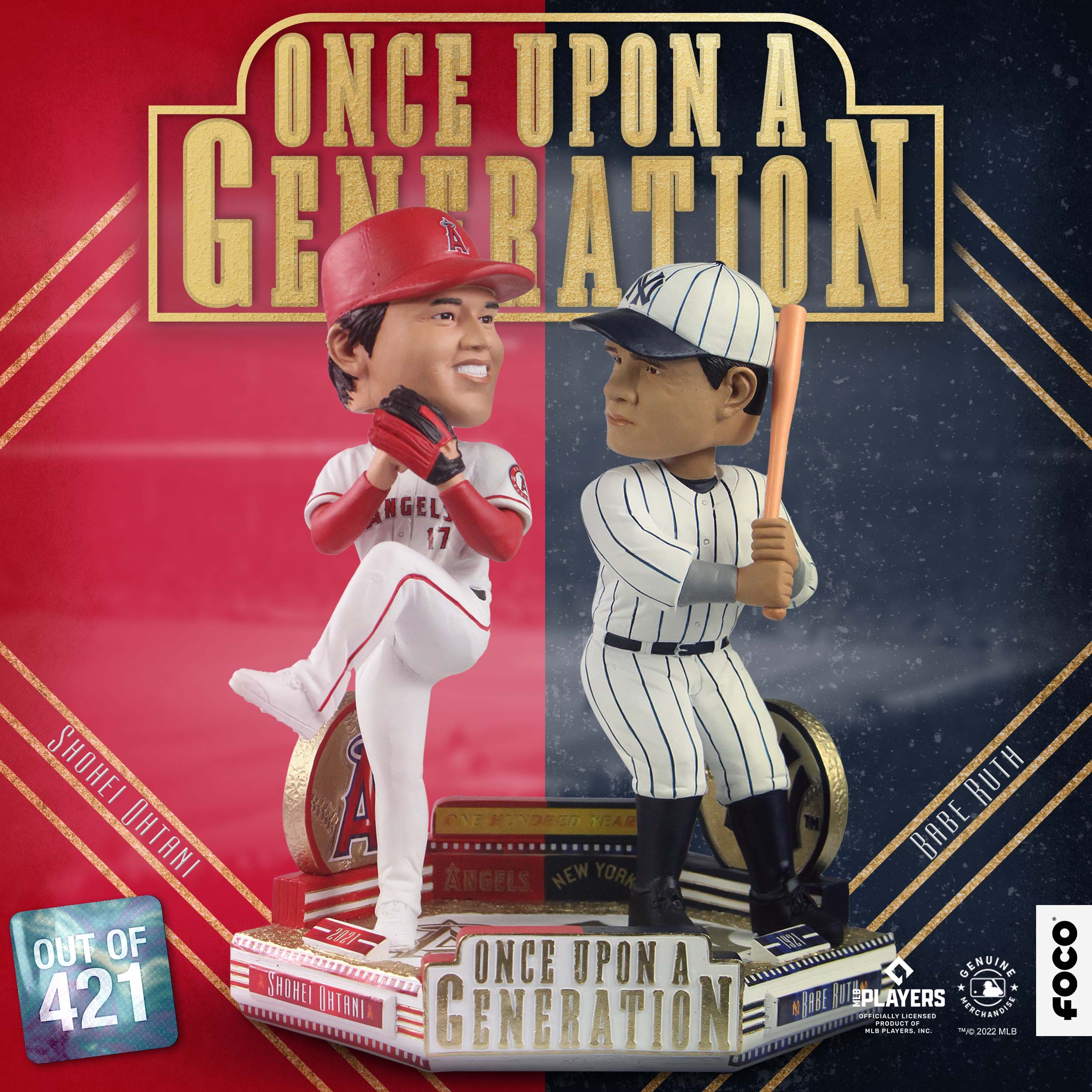 While Ohtani has all the skills necessary to become the greatest player in history, he still has a long way to go to catch the seven-time World Series Champion and Hall of Famer.

Ohtani debuted in 2018 but his time on the mound was cut short after his first season due to Tommy John surgery on his right elbow. With a successful rehab and progression through his training program, he resumed his two-way role in 2021.

Ohtani was awarded the 2021 MVP by a unanimous vote after slugging 46 home runs, and 100 RBI while posting a .965 on-base plus slugging. Not to be forgotten were his numbers as a pitcher, and while on an innings limit, he notched a 3.18 ERA in 130.1 innings pitched and a WHIP that hovered around 1.00 over 23 starts.

This season, Ohtani hit the 100th home run of his career, which made him just the third native of Japan to collect 100 home runs in a career. He joined Hideki Matsui (175 HR) and Ichiro Suzuki (117) as the only players from Japan to reach the mark and Ohtani was the fastest to reach the milestone.

Ohtani most searched pitcher ever

As baseball fans get to appreciate Ohtani’s talents, he has become a superstar on and off the field, which has led to him being one of the most popular athletes in the world.

This popularity helped make Ohtani the most searched pitcher on the internet in history, according to Google Trends.

Make sure to follow Angels Nation on Twitter for all the latest news and updates surrounding the Halos!

With a busy start to free agency for the Los Angeles Angels,…